According to IQVIA Institute for Human Data Sciences, there were 318,000 mobile health apps three years ago. That number is expected to top 400,000 apps this year. The growth rate will be 15 percent reaching 31 billion in revenue by the end of the year. The question is, can all this technology help get better results if you use it to plan and track workouts?

A survey reported in Elliptical Reviews looked at the exercise habits of nearly a 1,000 people. The results were pretty favorable regarding the benefit of using an exercise app. The results showed 55 percent of subjects used an exercise app prior to the study. All app users reported more consistent workouts and they were more confident when they worked out. In the survey, 73 percent of women and 66 percent of men were more confident when they were using a workout app.

Research from the University of South Australia showed promising results with smartphone apps. They called apps “a promising tool for delivering accessible and appealing physical activity interventions.” The goal of this systematic review by Romeo and colleagues tried to determine the “effectiveness of smartphone apps for increasing objectively measured physical activity in adults.” The review looked at nine different research studies that met all of the researchers’ criteria, totaling 1740 subjects. This review reported an increase in physical activity in subjects who used apps for a minimum of 3-months.

The Jefit app, won multiple awards in 2022 including best app by PC Magazine. The Jefit app is used to plan and track workouts. It comes with a customizable workout planner, an extensive exercise library, and a members-only Facebook group. You can choose new workouts and track your progress with the app. It keeps you on track to see how close you are to reaching your fitness goals. The app includes 1300 exercises, more than 3800 strength training workouts, 9 million registered users and 10 million downloads to date. 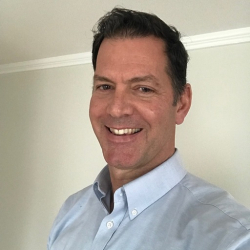 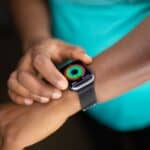 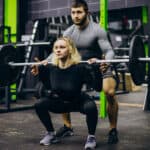 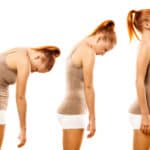 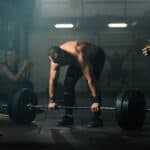 Get Strong From the Ground Up with These Jefit Leg Routines

3 thoughts on “Results Are Best When You Plan & Track Workouts”